A Tale of Two Cities — and What to Do About It 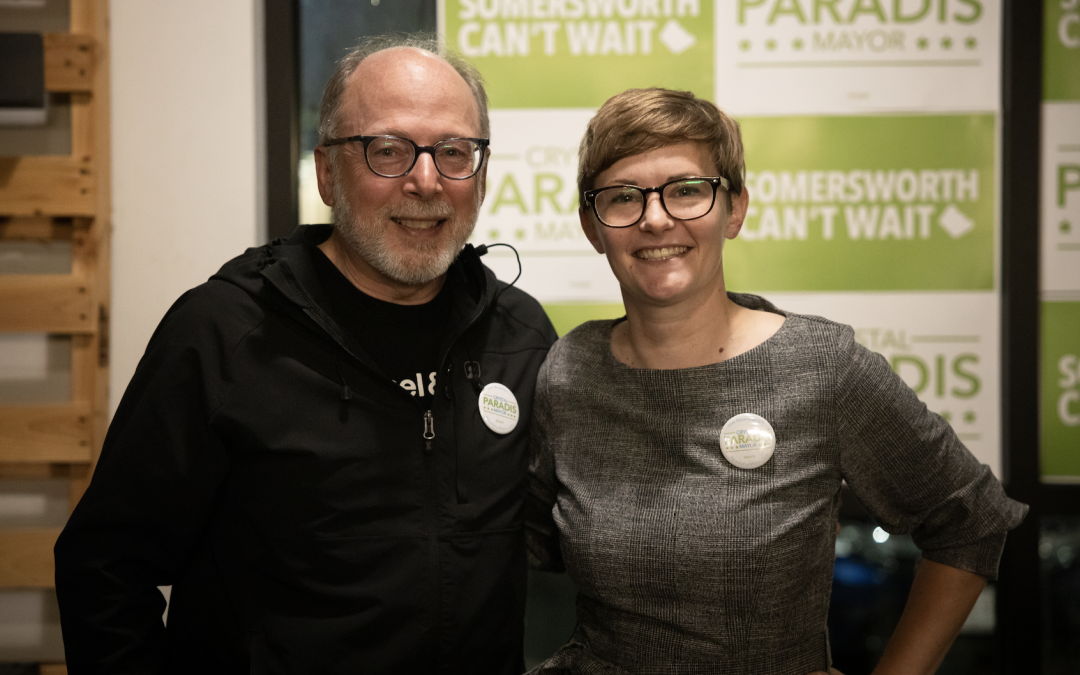 A Tale of Two Cities (and what to do about it)

New Hampshire students have the best of futures and the worst of futures — thanks to our inequitable school funding system. Our skewed funding structure has resulted in our state boasting some of the best schools in the country in its wealthiest communities, while also  having school districts in which none of the graduating high school seniors are deemed ready for college.

Let’s start by taking a look at two of these separate municipalities — Somersworth and Portsmouth — to see if “equal” applies. Both are lovely communities filled with hardworking people, but the residents of Somersworth suffer numerous economic disadvantages, which our state’s school finance system only exacerbates. The American Dream of getting ahead by studying and working hard is illusory for many in Somersworth. In a sentence, here’s why: The children of Somersworth have higher needs and their parents generally earn less — yet Somersworth residents pay higher school taxes, and their children get less for those higher taxes. The numbers don’t lie. Using the latest New Hampshire Department of Education data, Portsmouth spends $19,236 on average for each child in its school system. Somersworth spends $15,833, about $3,400 less per child.  Somersworth’s school taxes are $15.75 for every $1,000 in property value. Portsmouth’s school taxes are $6.09 per $1,000. The same disparity applies to landlords and their renters, and to business owners in these two cities. State funding to municipalities does not even come close to overcoming local funding disparities.

Why do New Hampshire schools work this way, where the children with highest needs get the least resources while their parents pay the highest taxes? It’s because New Hampshire is in dead last place in the country for state funding to public schools due to its extreme over-reliance on the local property tax to fund education, despite widely varying property values. Portsmouth has over $3 million in taxable property per child in the district. In Somersworth, the available property value is less than a quarter of that, at $737,354 per child. The state’s average is $1.2 million. Portsmouth and Somersworth are not the most extreme. Newington has more than $15 million in available property to tax for each child. Newington children attend high school in Portsmouth. Farmington, by contrast, has only $697,654 in property value to tax per child. US News has declared that none of the children who graduate from Farmington High School are ready for college. Under New Hampshire’s system of education funding, none of Newington’s wealth and none of Portsmouth’s wealth is shared with the state or any other community.

Disparities like these exist all across our state. In Berlin, chemistry is taught by video because the high school lacks a certified chemistry teacher. Pittsfield children study foreign languages with Rosetta Stone, not in a teacher-supervised classroom setting. In Manchester, an elementary school has single digit achievement test scores in math and English language proficiency in third, fourth and fifth grades. None of these practices would be acceptable in New Hampshire’s wealthier communities. Parents would be outraged.

Of course, many wealthy communities would like to maintain what they see as their privilege and advantage. At the time of the Claremont school funding litigation, Portsmouth organized a coalition of wealthy towns to fight off any responsibility to contribute to the region’s or the state’s educational economy. Today, Portsmouth uses its municipal budget to pay private lobbyists to preserve its privileged status. Given the high housing costs in Portsmouth, this really is a case of privilege protecting privilege. It’s also shortsighted since Portsmouth is part of a regional economy that would benefit from a regional workforce that is well-educated and that can find affordable housing.

So what do we do? First, we need to name the problem. It’s myopic self-interest, privilege and greed. Second, we need to organize and inform about how much the current system hurts both children and taxpayers and limits the supply of both educated workers and affordable housing. Third, we need to work for a solution. That’s where local elected civic leaders come most into play. To date, most leaders have been content to beg for additional money for their city or local school district. At times, this has been successful, but the problem is not solved by a one-time infusion of extra money. To fix this problem, we need a sustainable system of funding our schools and leaders who will buck the status quo by advocating for big changes in how we raise funds for schools and other important services in New Hampshire. It takes personal and political courage to challenge this inequitable status quo, and since current leadership has failed to take up this mantle, we must elect new leaders who are willing to push for necessary reform. Doing so will improve the quality of life for all Granite Staters. Our residents and our students deserve nothing less.

Andru Volinsky is a former NH Executive Councilor, and was the lead lawyer in the landmark Claremont education funding case.

Crystal Paradis is a City Councilor At-Large in Somersworth, and a candidate for Mayor.

Unfortunately, they weren’t elected, but we are excited to keep working with them toward achieving their visions for a better Somersworth and Rochester @ParadisForMayor @PalanaForMayor 💛

We also want to acknowledge the significance of the two mayoral candidates we endorsed, @ParadisForMayor & @PalanaForMayor. Both have long been leaders in their own right, helping people feel seen & continuously pushing the envelope in their efforts to better their communities.

We are so proud of NHWF Board Member and Rochester City Councilor @PalanaNH and NHWF Comms Dir. and Somersworth City Councilor @crystalparadis for their hard fought races for mayor.

Thank you for blazing a trail for Granite State women running for office. #WomenRunNH